Historic churches have always been a centerpiece of communities.  As many of these structures age and as congregations evolve, owners of these sacred spaces are often left with challenging decisions about the future of these buildings.

Today, congregations and municipalities are often faced with questions about how to reactivate these aging but important structures. While challenging, there are great examples of adaptive reuse and creative partnerships that ensure that these sites remain significant contributors to their communities and the urban fabric.

What opportunities can occur in Central PA with these spaces? How can the private sector play a part in finding the highest and best uses? This forum will dig into these issues with both a keynote presentation from Partners for Sacred Places and will also include several unique case studies that illustrate exciting new lives for these important structures. The event will help attendees think of new and innovative ways to keep these neighborhood institutions as a vibrant part of our cities and boroughs. Born and raised in northeast New Jersey, Jim attended college in Florida and earned a BS in Civil Engineering. He spent two years working in the City of Passaic, NJ, as the Assistant City Engineer. Moving to PA in 1994 and marrying his college girlfriend, Jim joined RETTEW Associates in Lancaster. Gaining experience in municipal engineering, land development, and construction, Jim earned his PE and led for several years as the Engineering Group Manager. While RETTEW was beginning to grow significantly, so was the church Jim and his family attended in the Manheim area. As a church with one location, it was developing plans to expand for the 3rd time. Feeling multiple nudges that his skills and experience could be used in what God was doing at LCBC, Jim joined their F/T staff in 2006, overseeing Facilities, IT, & Security, with a focus on Design & Construction. Today, LCBC is a church with 15 locations across Pennsylvania, and continues to have a vision and plan to reach the entire state, introducing more people to Jesus and together fully following Him. Jim and his wife Lisa live in West Hempfield Township, Lancaster County, have two teenagers, two dogs, and 3 guinea pigs.
View in Member Directory Will open in a new window 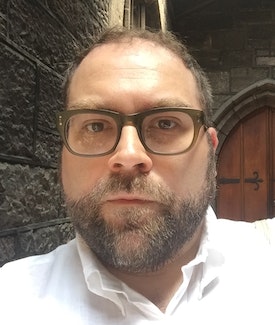 Joshua Castaño is the Director of Community Engagement Services for Partners for Sacred Places. He brings to Partners professional experience in historic preservation and community development in Paterson, NJ, one of the nation’s most densely and diverse cities, and home of one of the newest National Historic Parks. In addition to his work at Partners, Joshua provides talks and presentations on religious architectural and liturgical design.
View in Member Directory Will open in a new window Melissa H. Nicholson (Executive Director/Co-Founder, Gamut Theatre Group) As an Arts Administrator, Melissa served as Executive Director of Popcorn Hat Players Children’s Theatre for over ten years and Managing Director of PHP’s partner company, Harrisburg Shakespeare Company, for seven years before the two companies merged in 2001 to become Gamut Theatre. She is a past president of the Shakespeare Theatre Association (STA), the international organization of professional Shakespeare theatres and is a founding board member of the Harrisburg Area Theatre Alliance. In addition to arts management, Ms. Nicholson has worn many hats in her professional theatrical career, including actor, director, playwright, and teacher. She has directed over sixty different productions for Popcorn Hat Players and has directed or stage managed over forty different productions for seven different theatre companies. She has taught thousands of students in the Gamut Theatre Academy program and pioneered the Theatre Alive! Initiative, an after-school drama club for inner-city children that teaches non-violent problem solving techniques through theatre. She is playwright to twenty-five original plays that have been produced for children and their families and assisted in creating Shakin’ Up Shakespeare, an innovative workshop program geared for middle and high school students that helps make Shakespeare’s language accessible. Ms. Nicholson holds a B.A. in Communications/Theatre Arts with a Minor in Writing from Susquehanna University, where she graduated summa cum laude. She serves on the Arts & Entertainment committee of the Ned Smith Center, and currently resides in the beautiful “Bedford Falls-like” town of Millersburg, PA with her husband, Clark, Co-Founder of Gamut Theatre.
View in Member Directory Will open in a new window 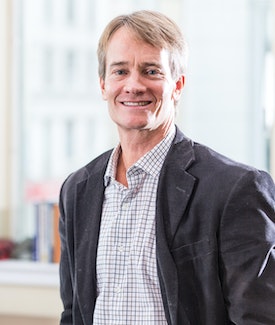 President/CEO of Harristown Development Corporation and its many affiliate companies. Enthusiastic urban developer who oversees the management of over 150 employees and a $26 Million operating budget of a full scale real estate development company with a mission to revitalize downtown Harrisburg, PA. Our company has been involved in about $1 Billion in development projects over the last 45 years and is responsible for about $2.5 Million s.f. of mixed use real estate in downtown Harrisburg including commercial office, retail, residential and student housing.
View in Member Directory Will open in a new window