If the value of your network is your net worth, then this ULI Central PA panel offers a tremendous gain in your "portfolio." We're excited to host four powerhouse women leaders who are shaping our built environment each exceling in their land use planning field. Providing advice on building leadership skills, finding your seat at the table, supporting and opening doors for under-represented groups, and how to "own your growth" are a few of the bold takeaways for participants. "Let's grow the Girl's Club," says Kim Avant-Babb, Owner, Babb Properties, and former co-chair of ULI Philadelphia's Women's Leadership Initiative!

This session is an opportunity to learn the value and impact of women shaping our communities and businesses.

1. If you're a college student, these insights will help you understand career opportunities in land use (that includes PR, legal, construction, planning, finance, and more!).

2. If you're an aspiring land use leader, these women have valuable experiences and stories to share that will shorten learning curves.

3. If you’re a seasoned practitioner, this program will shed new light on how to support the growth of strong leaders around you. 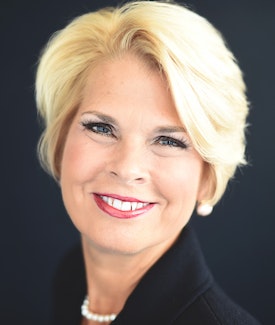 Anne Deeter Gallaher is Owner/CEO of Deeter Gallaher Group LLC, a PR, marketing, and digital media firm with offices in Harrisburg, Pennsylvania and Nashville, Tennessee. Driven by measurable performance, Anne and her team create award-winning results for clients in financial services, food and retail, engineering, mechanical contracting, banking, land use, construction, health care, and music entertainment. Serving as Chair of The Salvation Army Harrisburg Capital Region advisory board and a past member of the Harrisburg Regional Chamber/CREDC board, Anne is also a member of Urban Land Institute, the Nashville Chamber of Commerce, West Shore Chamber of Commerce, and the Shippensburg University John L. Grove College of Business Advisory Board. She is the founder of Harrisburg Social Media Club and serves as Co-Chair of ULI Central PA Council's Program Committee. Anne is co-author of two books with Amy D. Howell: Students in High Gear and Women in High Gear. Published in The Wall Street Journal, The Huffington Post, PA Banker, Pennlive, Pennsylvania Business Central, Central Penn Business Journal, Strategy + Business, Anne holds dual bachelor degrees in English and Communications/Journalism. She is also the co-host with Anne Carnathan, President of Universal Media Inc., of Grit & Gravitas: Savvy, Spirited Stories of Success which can be found at www.GritandGravitasPodcast.comand on any streaming channel. Honored as one of Pennsylvania’s Best 50 Women in Business, she is a frequent speaker and writer on entrepreneurship, small business, social media, PR, leadership, and higher education.
View in Member Directory Will open in a new window 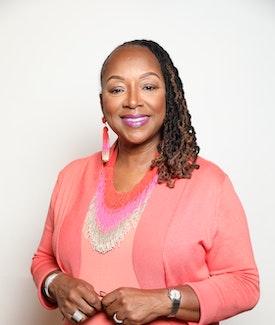 Since 1996, along with her business partner and husband, Kim Avant-Babb has operated Babb Properties, LLC, a real estate development firm headquartered in Sicklerville, New Jersey that redevelops urban residential properties in her native Philadelphia. Babb Properties is committed to providing quality housing and building stable communities. Babb Properties celebrates 38 years of a 0% eviction rate and prides itself on quality customer service and landlord integrity. Landlord Docs 30, a property management document bundle representing Babb Properties proven system for managing properties has been made available to help other landlords be successful. Through her consulting firm, Legacy Real Estate Consulting, Kim also provides Landlord coaching, workshops and mentoring. After 22 years, Kim recently retired as Chief Strategy Officer at the New Jersey Redevelopment Authority (NJRA), a multi-million dollar independent financing Authority created by the state of New Jersey to transform urban communities through direct financial investment and technical support. During her last thirteen years at the NJRA, Kim led the management and operations of the Redevelopment Training Institute (RTI), a nationally recognized and regionally accredited training program centered on the rudiments of the redevelopment process. RTI offers a multitude of intensive workshops in the areas of project finance, tax abatements, new construction, redevelopment planning law, and more. Since its inception, RTI has trained over 3000 attorneys, planners, elected officials, developers, and non-profits from nine states across the country. Since joining the NJRA in 1998 Kim has held various positions in community development, lending services, and business development. In keeping with Kim’s commitment to service, Babb Properties donated two of its properties to a non-profit in Philadelphia that is transforming them into a shelter for abused women and children and transitional housing for the homeless. Kim is also the founder and Fashion Designer of Ameenah Designs, a company that designs and manufactures unique and limited edition garments for women. Through Ameenah Designs, Kim’s mentorship program, Pass the Torch, brings adults and children together to learn sewing skills, fashion history, volunteering, wealth building and entrepreneurship. Kim is a member of the Urban Land Institute (ULI) – Philadelphia chapter, which is the largest real estate membership organization in the world, and serves on its Advisory Board and as Co-Chair of the Women’s Leadership Initiative committee. She also participates on the Phila. South Jersey Council and as a ULI Mentor for young real estate professionals. Kim’s dedication to service has not gone unnoticed. Kim has received numerous awards for both community service and fashion.
View in Member Directory Will open in a new window
View in Member Directory Will open in a new window Patricia A. (Patti) Husic’s distinguished, three-decade career in banking features a multi-faceted background in Accounting, Finance Technology, and Enterprise Risk Management. In February 2007, she led a team of shareholders to acquire and found Centric Bank and Centric Financial Corporation, where she serves as President and Chief Executive Officer. Under her vision and leadership, total assets have grown to over $1.3 billion and eight locations in central Pennsylvania and the Philadelphia region. Headquartered in Harrisburg, PA, Centric Bank is a leader in organic loan growth, a three-time recipient of the Best Places to Work in Pennsylvania, a seven-time award winner of the 50 Fastest Growing Companies in central Pennsylvania, Top 200 U.S. Community Banks in 2019 and 2020 for banks $2 billion and under, and a three-time American Banker Best Bank to Work for in the U.S. Patti’s ability to temper risk with opportunity has catapulted Centric Bank into nationally recognized organic loan growth. She is a force multiplier in motivating her high-performing team to achieve stretch strategic goals, never compromising “The Centric Bank Way” sense of community and culture. Although COVID-19 sent a torpedo down Main Street and through every small business, Patti’s crisis response, IT solutions, and spirit of partnership fueled a successful SBA Paycheck Protection Program process that saved over 25,000+ jobs, and provided a lifeline to over 1,800 small businesses, 68% of whom were non-customers. Patricia’s ability to pivot when life churns with uncertainty and turn disruption into opportunity describes her career in community banking. To Pennsylvanians, she is a difference maker and small business champion, providing a strong, fresh voice in leadership to her communities and to banking, both state and nationwide. A passionate industry leader, Patti is a member of American Bankers Association’s (ABA) 15-person inaugural Diversity, Equity, and Inclusion (DEI) Advisory Group, served on the Board of Directors of the ABA for three years, chaired ABA’s compensation committee for two years, served on ABA’s Nominating Committee, and testified before the U.S. House Committee for Small Business Administration 7(a) program and proposed new legislation that subsequently was approved. Patti serves as a board member for American Banker Mutual Insurance Company, Limited. She chaired the Pennsylvania Bankers Association (PA Bankers), the third-largest banking association in the U.S., and was a board member for five years. She was instrumental in creating and implementing the Women in Banking program as the third female chair in the Association’s 125-year history and led this initiative for the initial three years of the program. She was awarded the “Women of Influence” award by PA Bankers for her conception and leadership of the Women in Banking program. The award has subsequently been named after her as founder of this initiative. She continues to serve as a member of the Award Recognition Committee for the Women in Banking program, which has grown to be the second-largest annual conference at PA Bankers Association. She was recognized and honored by American Banker as one of the 25 Most Powerful Women in Banking (MPWIB) in the U.S. from 2015-2020, and a 25 Most Powerful Women in Banking Women to Watch in 2011, 2013, and 2014. Centric Bank’s female C-suite leadership team has been honored as a three-time winner of the MPWIB Top Team by American Banker. Patti has also received numerous regional awards and honors. Her passion for service to others included a board position of Geisinger/Holy Spirit Hospital, the Whitaker Center, Chair of the 2016-2017 Go Red for Women Campaign with the American Heart Association, and she currently serves on the Go Red for Women Executive Leadership Team. In a world of business at the speed of click, she is praised for her strategic vision, leadership skills, collaboration with CEOs on various boards, and a special ability to wield political capital and influence with policy makers at the local, state, and federal levels. A graduate of Temple University where she earned her B.B.A. in Business Administration, Patricia is also a Certified Public Accountant in the Commonwealth of Pennsylvania, and a proud banking ambassador. Find Patti on Twitter at @PattiHusicCEO.
View in Member Directory Will open in a new window Kim Hogeman is the Director of Strategic Development for the York County Economic Alliance. This role includes working with municipalities and project management for both the York County Industrial Development Authority and the York County Land Bank Authority. Kim is a graduate of Dover Area High School, Pennsylvania State University, and is a certified Project Management Professional. Detail oriented, Kim continues to work through challenging projects, including the Yorktowne Hotel, and other strategic projects throughout York County. In her spare time, Kim and her fiancé Bruce, prefer to travel as often as possible. But when home, they can be found in their backyard garden doing garden things, or doing race car things at race car places.
View in Member Directory Will open in a new window