Refunds may be requested up to 24 hours before the event by emailing customerservice@uli.org.
Register Yourself Register Two or More
View Event Attendees
Join us for the next ULI Philadelphia Virtual Member Breakfast to explore the scope and recommendations of the recently completed Lower Schuylkill Technical Assistance Panel (TAP), that examined how to encourage responsible Life Sciences investment and development at the Bartram’s North and Bartram’s South sites.
Join this panel’s chairs Nate Hommel and Jayne Spector, as well as the sponsor, Philadelphia Industrial Development Corporation (PIDC), for an informal presentation and Q&A session. Bring a cup of coffee and we’ll see you there! 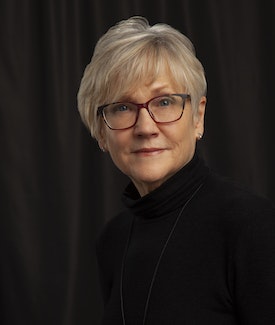 Jayne is a licensed landscape architect and urban designer. As a design director of landscape architecture at Langan, she manages the firm’s Philadelphia studio and oversees the landscape practices Langan’s west coast, Houston and DC area offices. Her practice has focused on restoring urban, historic and brownfield sites in order to promote sustainable development. In addition to her work at Langan, Jayne has instructed courses in Landscape Architecture and Preservation Planning at Rutgers University and the University of Pennsylvania. Her book, Dockyard to Esplanade explores leveraging industrial heritage in waterfront redevelopment.
View in Member Directory Will open in a new window 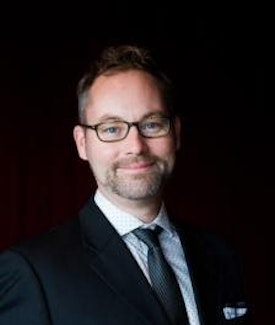 Nathan F Hommel (Nate) Director of Planning and Design University City District Philadelphia, PA Nate joined University City District (UCD) in 2012 and has served as the Director of Planning and Design since 2015. Nate uses his urban design expertise and dedicated enthusiasm to enhance urban quality of life issues throughout University City. He served as the project lead on Trolley Portal Gardens, UCD’s largest project to date that turned a utilitarian trolley facility (busiest at-grade rail station in Philadelphia) into a vibrant public space along with a two-story new construction restaurant. He greatly expanded the district’s parklet and public space program and has been influential in developing UCD’s progressive placemaking, and tactical urbanism methodology to enhance urban quality of life in West Philadelphia. Nate was instrumental in launching Green City Works, UCD’s landscaping social venture, and serves as lead designer for all landscaping and public space projects that the venture executes. Nate is passionate about the belief that Streets are Public Spaces, in line with that thinking, he is one of the founding members of Open Streets PHL and was the External Communications Director for the organization. The Group successfully lobbied for and developed an Open Streets event in Philadelphia in less than one year. A Frequent speaker on the national and international level, Nate has taken the UCD message across the nation and Europe as a speaker in Amsterdam, NL as part of Placemaking Week 2017, and the World Urban Parks Congress in Kazan, Russia in October of 2019. He has also had the opportunity to speak on Tactical Urbanism / Placemaking / Trust Building topics in Chattanooga, TN, Memphis, TN, Nashville, TN, Portland, OR, Phoenix, AZ, Washington DC, Los Angeles, and Syracuse NY where he led a series of Tactical Urbanism / Placemaking / workshops with students and members of the community. He has appeared in various media & publications speaking on progressive urbanism, including The Washington Post, The Philadelphia Inquirer, and WHYY’s RadioTimes. Before UCD, Nate worked as a landscape architect/urban designer for two firms in Philadelphia for nine years, he served as an adjunct professor of landscape architecture at Jefferson University, heading the urban design and community design studios for four years.
View in Member Directory Will open in a new window

Blueprint: The Evolution of Sustainability Programs: From Energy Efficiency to Health, Resilience, and Zero