The Inflation Reduction Act of 2022 is the latest reason that the business case for real estate decarbonization has never been stronger. The bill was signed into law after months of negotiation and anticipation, dedicating almost $370 billion to address climate change over the next 10 years. This webinar will explain how these revisions to the tax code can help the real estate industry accelerate progress on decarbonization and net zero goals. Moderated by Billy Grayson, Executive Vice President of Centers and Initiatives at ULI, a distinguished panel of leaders will provide an overview of the bill’s relevant provisions, which include a tax deduction for commercial and multifamily energy efficiency and tax credits for renewable energy generation, electric vehicle charging stations, and energy-efficient residential construction (including multifamily). The webinar will also include a local government perspective about the ways the Inflation Reduction Act will spur progress toward cities’ net zero goals and build the local workforce through “green” apprenticeships and high-paying jobs. Leaders from the real estate owner/development community will also provide insights on how their companies plan to incorporate these tax deductions and credits into their decarbonization strategies. 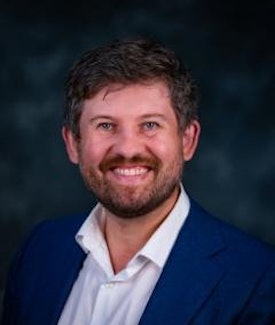 Billy Grayson is the Executive Vice President for Centers and Initiatives and the Executive Director for the ULI Randall Lewis Center for Sustainability in Real Estate. As Executive Director for the Center for Sustainability, Mr. Grayson manages a team leading programs on climate risk and resilience, health and wellness, and building energy and environmental performance. ULI works with members, community leaders, coalition partners, and other key stakeholders to build awareness around sustainability issues in the built environment, and to provide our members with the tools and resources they need to cost-effectively drive sustainability into their projects and operations. As EVP for Centers and Initiatives, Mr. Grayson also oversees ULI’s programs on Housing, Infrastructure, Health and Social Equity, and Real Estate Economics and Capital Markets. Before joining ULI, Mr. Grayson led energy and sustainability initiatives in real estate, distribution, and supply chain operations. As Sustainability Director at Liberty Property Trust, Mr. Grayson led a 400+ industrial and office properties initiative that included green building construction, energy efficiency retrofits, and sustainability-focused property management strategies and tenant engagement. As Vice President, Social and Environmental Sustainability for the Electronics Industry Citizenship Coalition (EICC), Mr. Grayson led a global compliance program working with the electronics supply chain to identify and mitigate environmental and human rights risks in their shared supply chain, as well as programs addressing climate change mitigation. As Sustainability Director at WESCO, Mr. Grayson developed an operational sustainability program for an industrial building portfolio that reduced energy, water, and waste, and launched a global marketing initiative for WESCO’s sustainability-focused energy technology products and services. Mr. Grayson holds an MBA and a Masters of Public Policy from the University of Maryland and a Bachelors in Environment, Economics, and Politics (EEP) from Claremont McKenna. He is a LEED AP and former Board member of the Delaware Valley Green Building Council and NAREIT Sustainability Advisory Committee.
View in Member Directory Will open in a new window 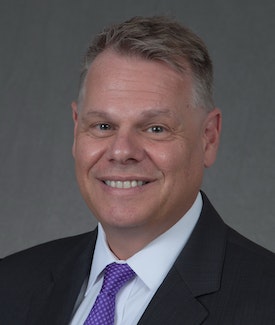 Duane J. Desiderio has advocated on behalf of the real estate industry for nearly 20 years, seeking policy solutions that balance responsible economic development while conserving energy and environmental resources. He is currently Senior Vice President and Counsel with The Real Estate Roundtable (www.rer.org) in Washington, D.C. The Roundtable represents the leadership of the nation’s top 100 privately-owned and publicly-held real estate ownership, development, lending and management firms, as well as the elected leaders of the 16 major national real estate industry trade associations. Mr. Desiderio’s legislative and regulatory portfolio emphasizes energy, environmental, immigration, infrastructure, and land use policy. He manages The Roundtable’s advocacy on these issues with The White House, Congress, and executive branch departments. Mr. Desiderio staffs The Roundtable’s Sustainability Policy Advisory Committee (SPAC), and builds coalitions to unify diverse real estate, business, and environmental stakeholders toward shared policy goals. He has testified to the U.S. Senate and has prepared witnesses for numerous congressional hearings on energy efficiency, wetlands, endangered species, land development, and property rights matters as they affect the built environment. Prior to joining The Real Estate Roundtable, Mr. Desiderio was a vice president at the National Association of Home Builders where he developed and managed its nationwide litigation program. His tenure resulted in over 50 reported opinions in federal and state courts, including a winning decision in NAHB v. Defenders of Wildlife, 551 U.S. 664 (2007). He is formerly associated with the law firms of Rogers and Wells (now Clifford Chance) in its New York City and Washington, D.C. offices, and with the boutique land-use law firm Linowes and Blocher, LLP in Bethesda, Maryland. Mr. Desiderio is on the Advisory Board of the U.S. Department of Energy’s Energy Efficient Buildings Hub at the Philadelphia Navy Yard, and the Sustainability Board of Advisors for National Real Estate Investor. He has a B.A. from Syracuse University (Phi Beta Kappa), a J.D. from Hofstra University (law review articles editor), and an LL.M. from the George Washington University (with honors). He is admitted to practice before the U.S. Supreme Court and other federal courts, and is a member of the bars of New York, the District of Columbia, and Maryland.
View in Member Directory Will open in a new window 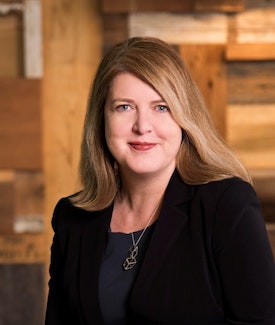 Suzanne leads Prologis’ ESG strategy, stakeholder engagement activities, public reporting, and strategic initiatives to continue to advance Prologis’s leadership in ESG and logistics real estate. Working with groups across the company, Suzanne and her team advance the integration and scale of Prologis’ sustainability and social impact strategies and goals including the recent launch of Prologis’ new Net Zero commitment. She proactively engages with investors, customers and other stakeholders, and partners closely with the company's finance and governance teams on integrated ESG reporting and data strategies. Suzanne has more than 20 years of experience in the fields of corporate responsibility and sustainable investing. Prior to joining Prologis, Suzanne served as global director of corporate responsibility at Intel Corporation where she drove the development and launch of Intel’s 2030 corporate responsibility strategy and sustainability goals. During her time at Intel, she also led the company's human rights program, technology inclusion programs, and helped build the company's supply chain responsibility programs and disclosures. Prior to Intel, she served as vice president at Institutional Shareholder Services where she led the company’s social investment research division. She holds an M.B.A. from the W.P. Carey School of Business at Arizona State University and a B.A. from Trinity College in Hartford CT. She speaks regularly at leading corporate responsibility and sustainability forums, has served on multiple industry advisory boards over the past decade, and currently serves on the board of the non-profit Net Impact/Good Institute.
View in Member Directory Will open in a new window 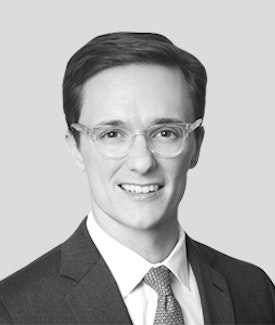 Daniel Egan is a Managing Director and Head of Americas Real Estate ESG for Blackstone. Mr. Egan executes the firm’s ESG priorities across Blackstone’s Americas real estate portfolio. Prior to joining Blackstone in 2022, Mr. Egan was Senior Vice President, Sustainability & Utilities at Vornado Realty Trust. Mr. Egan serves on the board of the Building Energy Exchange in New York and spent more than four years as Vice Chair for the Real Estate Roundtable’s Sustainability Policy Advisory Committee. He graduated with honors from New York University with a Bachelor of Arts in Metropolitan Studies and received his MBA from the honors program at Baruch College – Zicklin School of Business. He also recently taught Sustainable Development as an adjunct lecturer for the Newman Real Estate Institute at Baruch.
View in Member Directory Will open in a new window 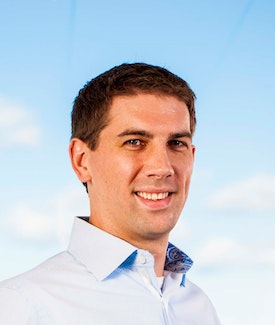 Nick Burger is the Deputy Director of the Energy Administration at the District of Columbia’s Department of Energy and Environment. He was previously a Senior Economist at the RAND Corporation and the director of RAND’s Washington office. He holds a PhD in economics, and his research has focused on energy, climate, and resilience issues. In collaboration with the Rockefeller Foundation, he developed economic approaches to valuing and prioritizing investments in resilience. At the federal level, Dr. Burger has conducted evaluations of the EPA’s Global Methane Initiative and Performance Track programs. He was a Lead Author on the Fourth Assessment Report produced by the Intergovernmental Panel on Climate Change. Dr. Burger has worked with Habitat for Humanity of DC for ten years, helping them construct eight Passive homes for District residents. He served as an ANC Commissioner in ANC 6B for four years and has worked extensively on zoning and housing expansion. Most recently he served on the District’s Green Building Advisory Council.
View in Member Directory Will open in a new window