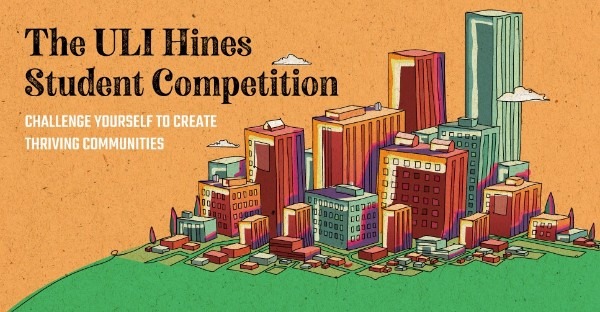 This year’s competition asked students for creative ideas for an area in midtown Miami, split between the Wynwood and Edgewater neighborhoods. Participants evaluated the potential to create a thriving, mixed-use, neighborhood around a commuter train station along the Florida East Coast Railway. The brief asked students to address housing affordability, sustainability, and resilience in their proposals. The competition, which began January 13, simulates an actual design, planning, and development scenario, and reflects Miami’s vision to reduce congestion and become more resilient by encouraging walkable neighborhoods around transit nodes. The four teams now advance to the final round of the competition in April, where they will compete for a $50,000 prize.

To learn more about this year’s competition and finalists, click here.

On March 19, 2020 students from the University of Pennsylvania will host a pin-up party to share their submissions with interested ULI members. Click here to learn more and RSVP.

Take a look back, and preview what's ahead, for ULI Philadelphia.