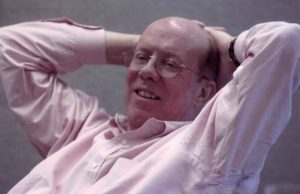 Today’s employees desire more than just pay. They want to contribute in a way that is valuable and valued. They want to change the world and leave it a better place than they found it. They seek humanity in the workplace. 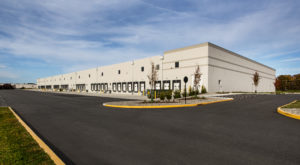 Liberty’s first development as Rouse & Associates was a South Jersey warehouse, and the company has continued to develop and manage properties in Pennsylvania and New Jersey for more than 45 years.

Because of the more glamorous projects Bill created in Philadelphia, as well as his remarkable civic leadership, few people recall that he started out developing warehouses in southern New Jersey. When he incorporated artwork into these industrial projects nearly 50 years ago, he was saying: this is a place for thinking, feeling human beings, and we understand that this environment has a responsibility to contribute to your well-being. As developers we are changing the environment, and if we do not take this into consideration then we do not understand nor do we deserve the responsibility that comes with our endeavors. We want you to like being here!

When Bill dreamed of developing tall buildings in Philadelphia, many couldn’t accept the breaking of a tradition of flat-topped structures rising to just below William Penn’s hat atop City Hall. The arguments seemed to be based on a defeatist premise – humans can’t be trusted to do it right, so we mustn’t do it at all.  Even some who thought Rouse & Associates’ Liberty Place itself could be great were worried the developments that inevitably came later would be too awful to risk. Bill was having none of that. Humans are capable of doing great things. We can and we will create places that inspire us all to do them. 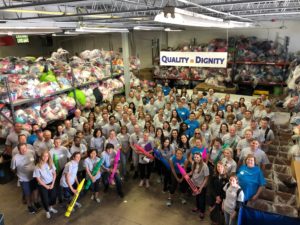 Credit: Hub Willson Photography | Each year Liberty employees work in their communities to honor Rouse’s memory and commitment. Work spans all types of projects, such as sorting donations for a children’s center, packing boxes for a food bank, upgrading a community center, preparing meals for a senior center, and landscaping a local park.

Nearly two decades ago when Bill gave the green light for Liberty’s development team to focus on sustainable development, it was a risk. There were few cost/benefit analyses, or tenants who had even heard of LEED development, or employees asking their employers for green workplaces, or investors asking for documentation of ESG policies. But Bill believed that those questions WOULD be asked, maybe not immediately, but some day, as people sought more thoughtful ways for the built environment to exist with the natural one.

Bill Rouse inspired those who worked for him and with him to think this way about the business of real estate development, and about the world they live in.  As they do every year since his death in 2003, on the Friday closest to his birthday every Liberty office in the US and UK closes and employees work in their communities to complete much-needed projects, from repair and painting of day care and senior centers to the creation of community gardens and the sorting of supplies for food banks. Although Liberty’s employees love what they do and what they create, the Bill Rouse Day of Caring is their favorite day of the year. 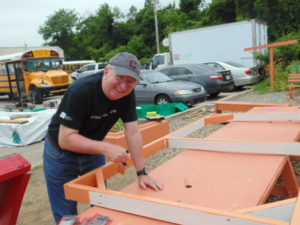 Liberty Property Trust CEO on the job during Bill Rouse Day of Caring.

Bill Rouse, founder of Rouse & Associates/Liberty Property Trust, would have turned 77 on June 19.