All prices will rise $15 after online registration closes on September 9, 2019.
Refunds can be made up to 48 hours in advance.
Register
View Event Attendees
This event is sold out. As a result, on-site registration will not be available.
The advent of the sharing economy has created a change in mindset amongst renters and travelers. This has put apartments and hotels, especially in urban areas, on a collision course to convergence. Explore how this convergence has blurred the lines between furnished apartments and hotels, and will continue to have a profound effect on how multifamily is programmed and operated into the future. This event is a forum in which panelists will consider the convergence of hospitality and multifamily, and attendees will hear from hotel players, short term-furnished housing providers, co-living operators, and other stakeholders looking to redefine multifamily and hospitality as we know it.
Panelists include:

view map Will open in a new window David is vice president of real estate at Lyric, covering the company’s East Coast market expansion. He has over eighteen years of experience leading transactions in New York City’s hospitality and real estate industries, along with a deep background in corporate finance. Prior to his role at Lyric, David led the equity placement business at Meridian Capital where he strategically advised and executed capital transactions for acquisitions and ground-up developments. This role leveraged his experience as a developer and investor in an $80 million hotel company and a $150 million condominium project. Prior to this work, David led Ivy Equities’ real estate capital raise for their third fund, focused on on hospitality and multifamily investments. At the start of his career, David spent seven years in the investment bank at JP Morgan advising clients on over $10 billion of M&A, debt and equity transactions. David has a bachelor’s degree of science and a master’s focused in hospitality real estate from Cornell University.
View in Member Directory Will open in a new window Caesar oversees the Mid-Atlantic markets at Common. He was instrumental in opening the Philadelphia and Baltimore markets while continuing to expand Common's presence in the Washington DC metro over the past 2 years. Prior to Common, Caesar spent 4 years in real estate private equity and investment banking (with Macquarie Capital) and 3 years in politics with New York State Legislature. While at Macquarie, he worked on $1B in debt and equity investments across all major asset classes across North America.
View in Member Directory Will open in a new window 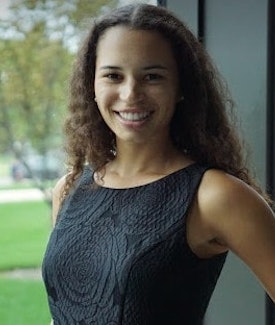 Responsible for Bungalow's new property portfolio in Boston, Philadelphia, and San Diego Lauren Lynch nurtures partnerships with homeowners, developers, and brokers in support of growing demand for the evolving Bungalow resident. Prior to guiding growth at Bungalow, Lynch lead enterprise sales at a Big data and AI SaaS start up serving cultural attractions, and while now she's well steeped in the technology start up world, her professional foundation is in art and the museum sector having worked in museums across London and Changzhou, China. Lynch is also a proud alumna of Villanova University.
View in Member Directory Will open in a new window Andrew is Director of Real Estate Partnerships for Ollie, where he is responsible for sourcing and closing strategic partnerships. Prior to joining Ollie, he spent 7 years at Lehman Brothers & Barclays Capital, where he was a Vice President on the institutional equity sales desk, and most recently worked at The Ackman-Ziff Real Estate Group underwriting debt and equity transactions on behalf of developers. He has led fundraising efforts for the Camp Cedar Scholarship fund which provides underprivileged children scholarships to attend camp, and is a mentor with Year Up. Andrew graduated with a Bachelor of Business Administration from the University of Wisconsin-Madison.
View in Member Directory Will open in a new window 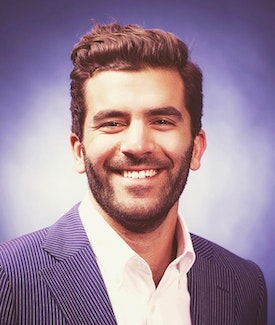 Andrew Levin is Director of Real Estate in Philadelphia for Sonder, a next-generation hospitality company that recently reached over a $1 billion valuation from its Series D funding round. Headquartered in San Francisco, Sonder builds beautiful spaces for travel and life, powered by technology, and was recently named the "Most Innovative Travel Company of 2019" by Fast Company. Today, Sonder manages $4 billion worth of real estate and continues to grow rapidly — operating in more than twenty cities around the world and welcoming hundreds of thousands of guests annually. Prior to joining Sonder, Andrew served as Real Estate Acquisitions Manager at Lidl US, responsible for the Philadelphia Metro and New York City Metro markets during the international grocery chain’s initial entrance into the United States. Andrew is a graduate of The University of Connecticut with a concentration in Economics.
View in Member Directory Will open in a new window 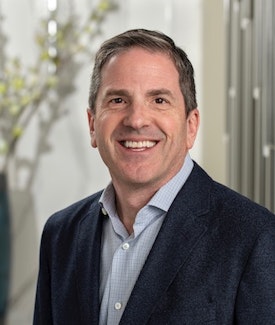 Mr. Korman is Co-CEO of Korman Communities, Inc. The Company is one of the largest owners and managers of multi-family properties in the region with a portfolio of 24 properties, and total market capitalization in excess of $2 Billion. The Company operates throughout major markets in the United States, and is based outside of Philadelphia, PA. The Company was the innovator of short-term furnished apartments in the United States over 50 years ago, and Mr. Korman is a member of the fourth generation to lead this company. The Company operates three brands, including its ARK and AVE properties which feature full service multifamily operations at prime, infill locations. The Company introduced its AKA brand in 2004, an upscale, urban high-rise concept with properties located in New York City, Philadelphia, PA, Washington, D.C., Beverly Hills, CA, and London. Mr. Korman has lead the acquisition, development and financing program of all new properties by the Company, including the entrance into new markets such as New York City, Beverly Hills and London. This growth has allowed Korman Communities to establish relationships with some of the largest and most respected financial and lending institutions in the country. Mr. Korman oversees all new business development, including debt and equity relationships, throughout the Company. Mr. Korman serves on the Board of Trustees of The Philadelphia Police Foundation, Germantown Academy and the Duke University Library Advisory Board. He is also a member of the JFRE Executive Committee, President’s Leadership Council at Jefferson, Zell/Laurie Real Estate Center of The Wharton School of the University of Pennsylvania, and is a licensed Real Estate Broker in Pennsylvania and New York. Mr. Korman received his B.A from Duke University in 1987, and his M.B.A. from The Wharton School of the University of Pennsylvania in 1992.
View in Member Directory Will open in a new window As Executive Vice President of Investments, Shawn Tuli is responsible for leading and executing HHM's growth and investment strategy. Shawn rejoined HHM in 2014, after receiving an MBA from the Harvard Business School. He started his career at Goldman Sachs, most recently in the Real Estate, Gaming & Lodging Investment Banking Division. Today, Shawn sits on the board of the Please Touch Museum and is an advisor to Maidbot, a hospitality robotics company. Shawn found his love for hospitality during family travels in his youth, whether on a family trip to a New Hampshire lodge or staying with relatives in London and India, he discovered that true hospitality enabled unforgettable memories.
View in Member Directory Will open in a new window 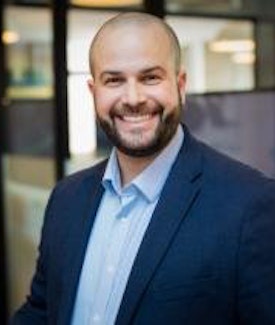 Jason Fudin is the CEO and Co-Founder of WhyHotel based in Washington D.C. WhyHotel is a venture-backed start-up that operates “turn-key, pop-up hotels” out of the vacancy of newly built luxury apartments during the lease-up phase. Prior to WhyHotel, Jason was the VP of Strategic Initiatives at Vornado Realty Trust where he worked on developing innovative commercial real estate concepts for the organization. Over his career, Jason has managed commercial real estate development projects valued at over $2 billion and has worked in development, acquisitions, and capital markets. He has his B.Eng. in Mechanical Engineering with a minor in Management from McGill University and his M.S. in Finance and Real Estate from American University.
View in Member Directory Will open in a new window 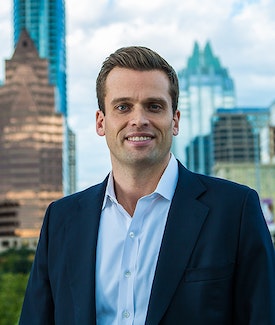 Branigan Mulcahy is the National Head of Real Estate for the Guild, an Austin-based hospitality company that repurposes full floors of Class A apartment and office properties into boutique hotels. Branigan has led site selection, transaction negotiation, and all other aspects of executing Guild’s real estate strategy during the Company’s recent growth to nineteen locations in six markets.
View in Member Directory Will open in a new window 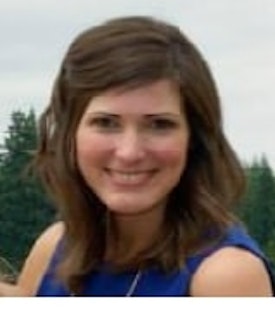 As the Director of Real Estate, Amy Violette collaborates with developers, ownership groups, and property managers to assess the viability of a short-term rental program for their property. She oversees the Real Estate team based out of Spokane, Washington, and works closely with regional partners nationally. Utilizing her background in education, Amy enjoys providing the multifamily industry with a focused picture of the unique advantages of Stay Alfred’s flexible model to lower operating costs, guarantee monthly revenue, and provide a stable occupancy path. The Stay Alfred Real Estate team has cultivated lasting relationships with over 100 multifamily property groups, operating more than 2,600 units nationally. Amy’s in-depth knowledge of short-term rental operations and guest experience contributes to her success creating thoughtful, long-lasting programs that integrate seamlessly into class-A properties in top markets including Portland, Chicago, Atlanta, and Philadelphia. As one of the earliest employees at Stay Alfred, Amy has contributed to the company’s growth to over 33 downtown markets since 2011. She is looking forward to driving more expansion in the coming years.
View in Member Directory Will open in a new window 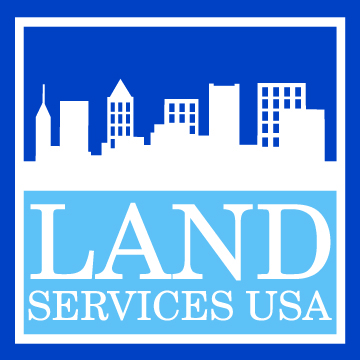 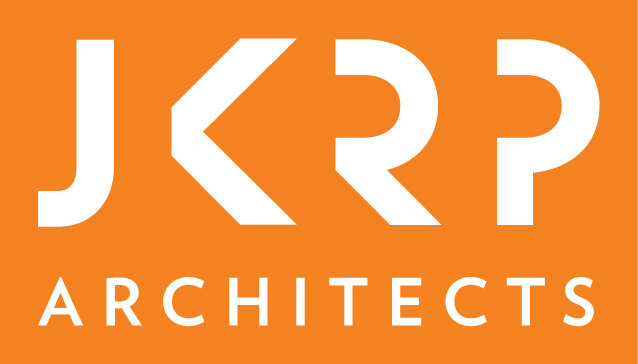