Refunds may be requested up to 24 hours in advance by emailing customerservice@uli.org.
Register Yourself Register Two or More
View Event Attendees
Conversations on Housing Attainability

Join us for the next ULI Philadelphia Virtual Member Breakfast. Rose Gray, Senior Vice President Community & Economic Development, Asociación Puertorriqueños en Marcha (APM) and member of the ULI Affordable/Workforce Housing Council will be our featured member. Rose will share insights from her work locally as well as from her national participation with ULI on current conversations about housing availability and financing, in the face of a global pandemic. Following this informal presentation, attendees are invited to participate in a prolonged Q&A about the local affordable housing market. Bring a cup of coffee and we’ll “see” you there. 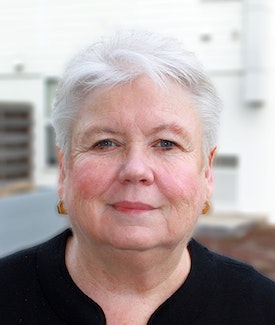 Rose V. Gray, is Vice President of Community and Economic Development at Asociación Puertorriqueños En Marcha (APM), a non-profit community development corporation in North Philadelphia. Since joining the organization in l990, Ms. Gray has been engaged in the revitalization of eastern North Philadelphia, a diverse community consisting mainly of Latinos and African Americans. At APM, she oversees all as aspects of the community-based revitalization plan, from community organizing to planning and development. In addition to the physical redevelopment, Ms. Gray oversees the management of the APM's rental and commercial portfolio and a housing counseling program which provides budgeting, pre- and post- mortgage counseling, credit repair, weatherization and basic system repair programs to persons of low and moderate income. During her tenure at APM, Ms. Gray has successfully leveraged over $70 million in investments to implement a comprehensive neighborhood revitalization strategy. She has developed over 350 units of affordable housing, including low income housing tax credit projects and the successful Pradera homes, a 153 unit homeownership zone within walking distance of Borínquen Plaza, a 44,000 square foot retail center (also developed by APM) which includes a supermarket, Laundromat and a credit union. Currently, Ms. Gray is working on the relocation of APM's headquartes, the greening and beautification of the community, the construction of an award-winning, LEED-gold affordable housing development, and a Transit-Oriented Development on the edge of Temple University's main campus. Ms. Gray believes in strong public private partnerships and over the years has established successful relationships with banks and foundations, the federal, sate and local government as well as other non-profits, among them HUD, The Local Initiative Support Corporation, The Pennsylvania Housing Finance Agency, the Office of Housing and Community Development, the William Penn Foundation and the Pennsylvania Horticultural Society. Ms. Gray is a civic leader. She was one of seven delegates appointed by Governor Ridge to the "Summit for America's Future". She is a member of the Governor's Advisory Board on Community and Economic Development, and serves on various boards and committees, including, the Local Initiative Support Corporation's advisory board, The Reinvestment Community Lending Institute and the board of the Philadelphia Association of Community Development Corporations. In 2002 she became an Inner City Advisor to the Urban Land Ins
View in Member Directory Will open in a new window