Ginsberg gave a brief overview of the immigration patterns of Philadelphia which have been historically in line with the rest of the country. Philadelphia’s evolution from a manufacturing to a service economy in the 90’s helped attract more immigrant workers. In the last year, Philadelphia has surpassed the national average, acting as a gateway to those coming from abroad and powering the city’s overall population growth.  The most populous grouping of immigrants come from Asia, Latin America, South America, Africa, and Europe.

Toy attributed the trend of immigrant neighborhood clusters to the fact that people settle where they are comfortable and welcomed.  Areas that have affordable housing and commercial corridors for business opportunities are especially attractive.  These landing areas and neighborhoods are very diverse and it’s this vibrancy that people look for in cities.  Pumphrey stressed the importance of the city providing stability for these immigrant groups and emphasized that Philadelphia’s rich ecosystem of organizations is leading these efforts. One of these organizations is the Welcoming Center, which partners with community nonprofits to gather multiple perspectives and promote systematic change.

Nyamunga highlighted challenges facing immigrant communities entering the economy and the job market.  . Access to digital tools and language skills to navigate complicated systems of owning a business is yet another challenge which the city has attempted to address by diversifying their inspection team and adding staff who are able to communicate in many different languages.

Immigrant communities and concentrated enclaves of immigrant businesses have been a key tool in attracting people to the city.  Now, more than ever, they play a critical role in the economy and vitality of our city.

We can all play a part in supporting our immigrant communities. The Welcoming Center is always looking for volunteers, especially those with skills relevant to their outreach work and mentoring capacity. SEAMAAC takes volunteers to help with hunger relief and those with language capacity.   For those interested in supporting immigrant business on South 7th Street, SEAMAAC has developed a Gift Certificate program (matching purchases at 50% that all goes to the businesses at this very difficult period.) The panelists encourage purchasing products from immigrant businesses or donating to the Merchants fund which is used to help affected businesses directly.

The projects presented in the second portion of the event explored how developers are responding to the unique needs and characteristics of immigrant populations.

John Chin of PCDC introduced the Crane development, located in Chinatown.  The project aimed to solve an urban challenge created by urban development over the last several decades as well as address extreme poverty issues of the community.  The Crane gives hope to the broader Asian American community, not just Chinese Americans, serving as a hub for social, cultural, health, religious, education, and recreation services – expanding its commercial quarter northward and providing a space to address many of the social, racial, and economic inequities.

Ahsan Nasratullah of JNA, an immigrant from Bangladesh, spoke to the evolution of the Crane. To prevent the project from becoming part of the gentrification trend and serve the people who live in this neighborhood, a community center had to be the centerpiece of the project.  The building was simplified to meet the budget and a general contractor was brought in on a fixed price contract.  The project consists of commercial space, medical office space, 3 affordable units and 15 floors of market-rate apartments generating revenue for the community center and its services: a Pre-k, basketball court, and a banquet hall as a multi-use space for the community.

This $75 million project’s debt was sized down by having a lot of low rent paying users in the commercial side and offering affordable units.  The rest was financed by EB-5 money, foreign nationals, the new markets tax credit, and individual investors from Chinatown – which helped build a connection with the immigrant community as they became part owners of the project.  Involving the community at various stages of the project was crucial to its success.

Marwan Kreidie of the Arab-American Development Corporation spoke about the Tajdeed Development in Kensington.

Tajdeed – meaning “renewal” in Arabic – is located in a heavily gentrifying part of the city which is historically Arab American.  As the biggest endeavor for the Development Corporation, the project would not have been possible without the assistance of the local councilwoman, Maria Sanchez, and Regional Housing Legal Services which guided the project team throughout the entire process.  There was a vacant lot available directly next to the Corporation’s office at the Mosque and because the land was in a historical area, there was money available for development.  While luck allowed many aspects of the project to fall into place, a lot of work was put in to make sure it would meet the needs of the community. This residential project comprised of three and four-bedroom units to serve large families. Community meetings were held at the office in the Mosque in both Arabic and English.  This ultimately brought in over 33% of the tenants from the local community and others with good relationships with the neighborhood.

Charles Lewis of Conifer expanded on the financing of the project.  Getting low-income tax credits was extremely competitive but ultimately covered 75% of the project. The rest came from conventional loans, HOME funds, PRA Acquisition Loans from the City, and Tax Credit Equity.

The impactful lessons shared about how to approach development in immigrant communities left attendees with many ideas to consider implementing in their practices.  Partnerships with community-based organizations and working with local stakeholders to align on prime goals of development are crucial.  We must also acknowledge the inequities which our neighbors of color have been challenged with for a long time and empower residents and workers to participate in the vision of the community – ensuring that the development that happens is right for the community.  It’s also important to get to know your politicians.  Kreidie encouraged to “Let them interact with you, let them eat with you, and get to know your culture.”  Sharing a meal is powerful tool for relationships which transcends many cultures and communities. 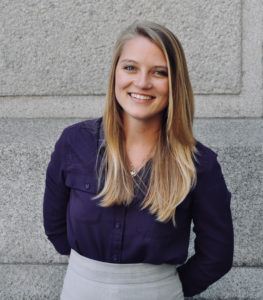 Contributed by Ramune Bartuskaite – a Lithuanian immigrant. Ramune is a Project Coordinator at JKRP Architects, a 2018 ULI Philadelphia Etkin Johnson Scholar, and member of the Women’s Leadership Initiative.